Seat of the most ancient university in the western world, Bologna, in Emilia Romagna, is a city with an intense cultural life and intriguing historical legacy. First an important urban center under the Etruscans, then the Gauls and Romans, Bologna was also a well-known Medieval city within Europe. A European Capital of Culture in 2000, it was declared by UNESCO to be a "creative and musical city" in 2006.

Among Bologna's most important symbols are its famous porticoes, those covered sidewalks lined by colonnades that unite street, tower and palazzo. Just in the center the porticoes extend to approximately 23.6 miles.

Also characteristic of the city are its towers, offering tourists the opportunity to to admire a marvelous panorama from on high, the most important being the Towers of Garisenda and Asinelli. The towers belonged to a complex of over 100 Medieval towers, of which only about 20 remain today, including Torre Accursi or dell’Orologio, dominating over Piazza Maggiore, and the Torre Azzoguidi. Azzoguidi is part of Bologna's so-called "Triad of Medieval Skyscrapers," along with Torre Prendiparte and Torre Galluzzi. 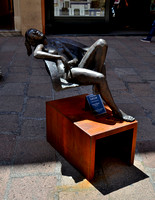 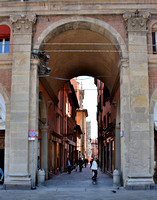 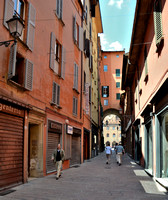 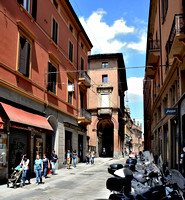