Spanning the languid Cher River via a series of supremely graceful arches, the castle of Chenonceau is one of the most elegant and unusual in the Loire Valley. You can’t help but be swept up in the magical architecture and the glorious surroundings: exquisite formal gardens and landscaped parkland.This architectural fantasy land is largely the work of several remarkable women (hence its alternative name, Le Château des Dames: ‘Ladies’ Château’). The initial phase of construction started in 1515 for Thomas Bohier, a court minister of King Charles VIII, although much of the work and design was actually overseen by his wife, Katherine Briçonnet. The château’s distinctive arches and one of the formal gardens were added by Diane de Poitiers, mistress of King Henri II. Following Henri’s death, Diane was forced to exchange Chenonceau for the rather less grand château of Chaumont by the king’s scheming widow, Catherine de Médicis, who completed the construction and added the huge yew-tree labyrinth and the western rose garden. Louise of Lorraine’s most interesting contribution was her mourning room, on the top floor, all in black, to which she retreated when her husband, Henri III, was assassinated. 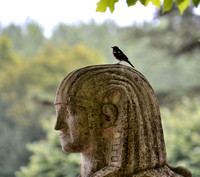 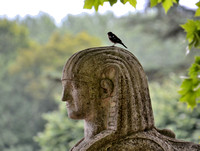 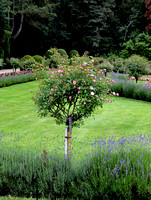