Created 19-May-16
114 photos, 5 videos
One of St. Petersburg's most famous and popular visitor attractions, the palace and park at Peterhof (also known as Petrodvorets) are often referred to as "the Russian Versailles", although many visitors conclude that the comparison does a disservice to the grandeur and scope of this majestic estate.

Versailles was, however, the inspiration for Peter the Great's desire to build an imperial palace in the suburbs of his new city and, after an aborted attempt at Strelna, Peterhof - which means "Peter's Court" in German - became the site for the Tsar's Monplaisir Palace, and then of the original Grand Palace. The estate was equally popular with Peter's daughter, Empress Elizabeth, who ordered the expansion of the Grand Palace and greatly extended the park and the famous system of fountains, including the truly spectacular Grand Cascade. 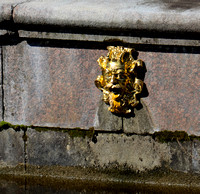 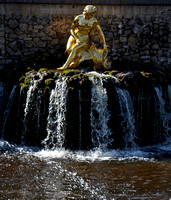