Created 19-Jul-22
28 photos, 1 videos
The Most Serene Republic of San Marino (Italian: Serenissima Repubblica di San Marino) is the world's oldest republic and Europe's third smallest state. It is the sole survivor of the patchwork of independent states that used to make up the Italian peninsula before the unification of Italy. It lies 657 m (2,156 ft) above sea level with spectacular views of the surrounding countryside and Adriatic coast, only 10 km (6.2 mi) from Rimini. Legend has it that the founder of San Marino, a stonemason, arrived from the island of Rab in Dalmatia, and climbed Mount Titano to found a small community of Christians, persecuted for their faith by Emperor Diocletian. San Marino gave itself a constitution in 1600, the oldest written constitution still in effect, and the only republican constitution written in Latin that still has the force of law. During the tumultuous period starting with the French Revolution, San Marino managed to preserve its independence through several strokes of luck. First, a Sammarinese politician befriended Corsican general Napoleon Bonaparte during his Italian campaign, but wisely declined his offers for more territory. Later, the small republic gave refuge to other Republicans throughout Italy, including Garibaldi, which made him disposed to respect Sammarinese wishes to stay independent. San Marino also gave honorary citizenship to Abraham Lincoln, which inspired the Great Emancipator to laud San Marino's old and stable republican institutions and point to them as an example for the US and the world to follow.
San Marino is made up of a few towns dotted around the countryside. The capital of San Marino, the City of San Marino (Città di San Marino), is situated high up on a mountain top. The capital is surrounded by a wall and three distinct towers overlook the rest of the country. "San Marino: Historic Centre and Mount Titano" became part of the UNESCO World Heritage List in 2008.
The towns surrounding the capital are more industrial and generally not as attractive as the main city. San Marino is 20 times bigger than Monaco and half the size of Liechtenstein. 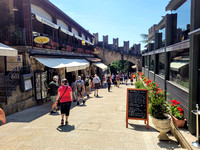 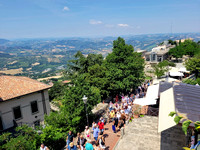 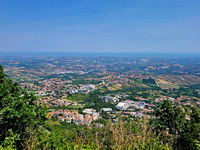 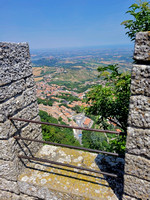 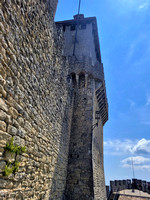 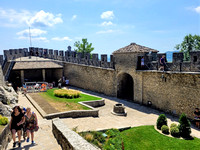 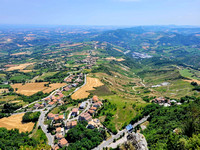 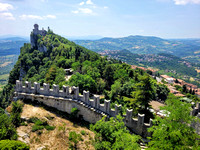 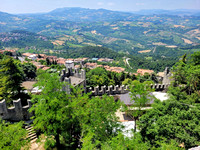 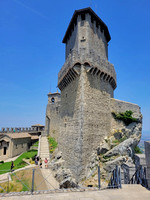 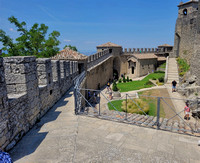 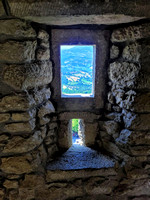 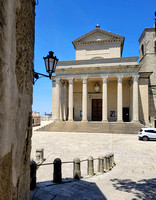 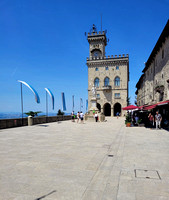 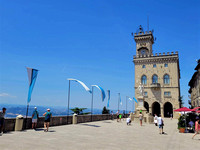 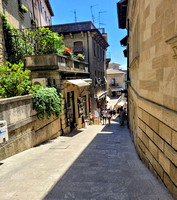